If tolerance is not only tolerating the other, but also a fight for the freedom of creative expression and free creativity, with a clear awareness that others might have a different opinion and a different expression, then Vera Fischer is a perfect example of rejecting all the dominant dogmas and prejudices, a fighter for equal rights of all people, an idealist believing the world can be a very pleasant place, without tyranny of the (manipulated) masses.

It is hard to introduce the engaged multimedia and avant-garde artist Vera Fischer (Zagreb, 27 January 1925 – 14 July 2009) in just a few lines and with several works. Since early on in the 1950s and 1960s her interest was always very broad, but far from the mainstream culture, oriented towards subculture (counterculture), alternative and non-stereotypical subjects. With refined irony she addressed the pop-artist ready-made (collage as a semi-product), as well as the raising of environmental awareness, making no distinction between the street and the gallery, between workers and curators. Hew shrewd insights broke sociological, class and cultural prejudices. By demystifying art, she exercised it as creative joy and presentation of her personal opinion to the public. She painted and sculpted from a female point of view, using often conceptual work methods, not caring for art criticism which partly didn’t understand her and partly only ignored her. Her reconciliatory view referred also to her Jewish past, seeking answers in humour why she survived the Second World War and the Holocaust. Because she was poor and didn’t interest Jewish head, i.e. wealth, hunters.

Her female emancipation embodied in the form of free partnership (with sculptor Ivan Lesiak), painting mostly women and women dolls (based on traits of self-portraiture). She painted different girls and women nude and then she created an erotic cycle under the title Flowers and Non-flowers, symbolically celebrating the joys of passion. She exhibited parts of her studio in the early 1980s as a self-portrait, together with collecting personal ‘garbage’ and adopting TV images. Her last collage from the 1990s had the characteristics of a diary. However, one dream, the one she dreamed in the spring of 1989, would change her life forever. It was a cross with the Star of David instead of the heart of the possibly crucified Christ. These two clean and simple symbols (the cross and the star), combined into a single vocal sign of reconciliation, led her to the WCRP missionaries, followed by an audience with the Pope John Paul II (Karol Wojtyla), who blessed the cross. He was the first pope ever to publicly seek forgiveness for all the sins the Church had committed throughout history against primarily Jews and women, and to establish diplomatic relations between the Vatican and Israel. In a letter to Vera Fischer he thanked her for the emotions the Cross of Reconciliation inspired in him. She distributed thousands of small replicas of the cross around the world. Anyone who was willing to take it has been a loop in the thread of hope for a future domination of civil ethics. 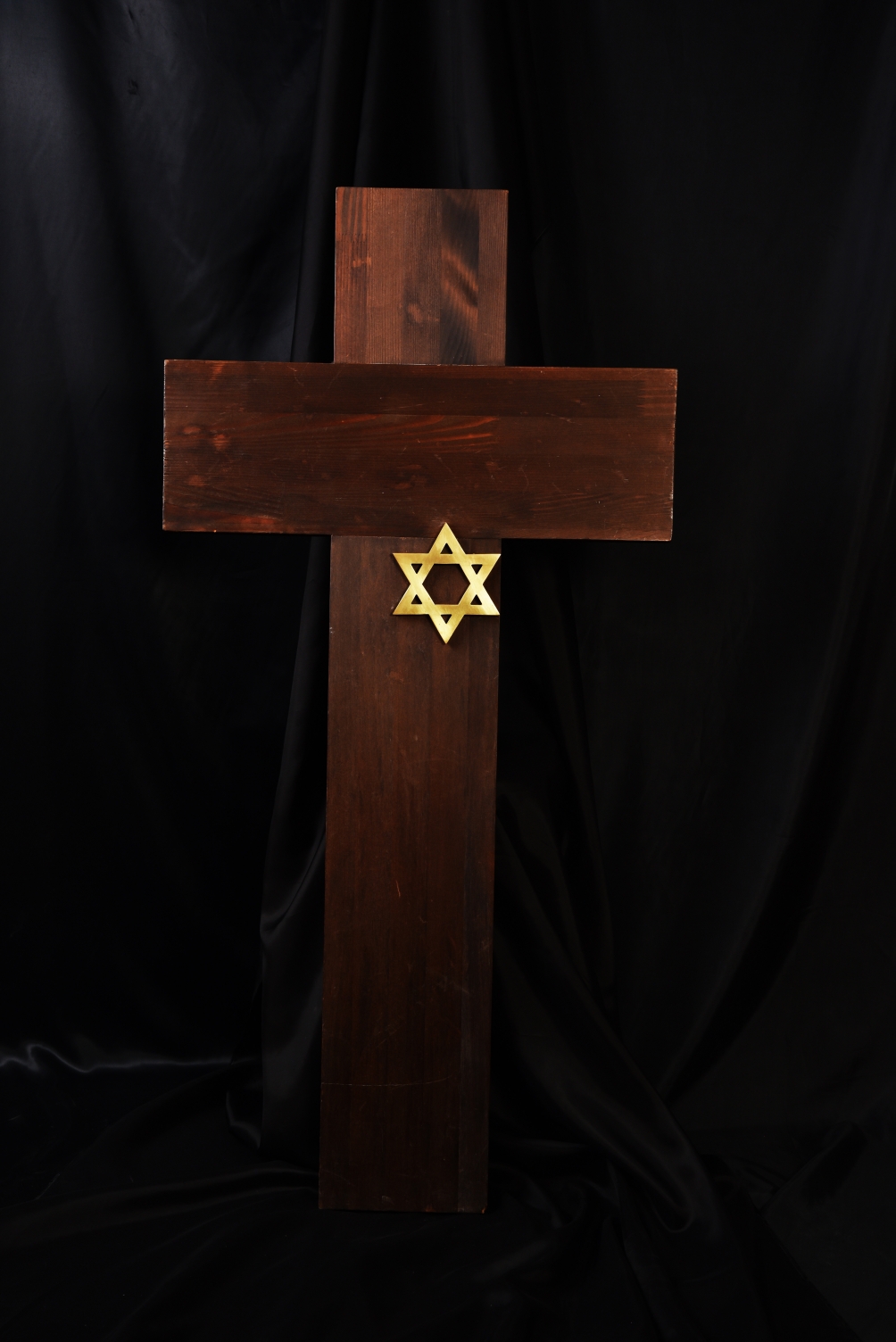